Remember Moses said to his people: «O my people! call in remembrance the favour of Allah unto you when He produced prophets among you made you kings and gave you what He had not given to any other among the peoples. (20) «O my people! Enter the holy land which Allah hath assigned unto you, and turn not back ignominiously, for then will ye be overthrown, to your own ruin.» (21)They said: «O Moses! in this land are a people of exceeding strength: never shall we enter it until they leave it: if (once) they leave, then shall we enter.» (22) (But) among (their) God-fearing men were two on whom Allah had bestowed His grace: they said: «Assault them at the (proper) Gate: when once ye are in, victory will be yours. but on Allah put your trust if ye have faith.» (23) They said: O «Moses! while they remain there, never shall we be able to enter, to the end of time. Go thou, and thy Lord and fight ye two, while we sit here (and watch).» (24) He said: «O my Lord! I have power only over myself and my bother. so separate us from this rebellious people!» (25) Allah said: «Therefore will the land be out of their reach for forty years; in distraction will they wander through the land: but sorrow thou not over these rebellious people.» (26) (Quran 5:20-26) 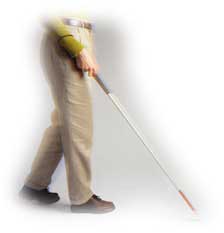