The night of the special declaration: “Be Mine!”

(This is the final Suhbah given by Maulana Shaykh Nazim, in a series of almost 500 daily Suhbahs. Maulana is rounding off this module with a powerful, and stirring Suhbah, to put our journey into perspective. This final Suhbah is not only a Summary of all previous Suhbahs, it contains many secrets for those who are keen to know.)

The seven heavens and the earth, and all beings therein, declare His glory: there not a thing but celebrates His praise; and yet ye understand not how they declare His glory! Verily He is Oft- Forbearing, Most Forgiving! (Quran 17:44)

Behold thy Lord said to the angels: “I will create a vicegerent (a Khalifa) on earth.” They said “Wilt thou place therein one who will make mischief therein and shed blood? Whilst we do celebrate Thy praises and glorify Thy holy (name)?” He said: “I know what ye know not.” (Quran 2:30)

Allah honoured Mankind, Allah called us His Khalifa, not His servants.

We have honoured the Children of Adam (Quran 17:70)

But they (men) have broken their religion among them into sects, each group rejoicing in what is with it (as its belief). (Quran 23:53)

We divided them (the Children of Israel) into twelve Tribes or sects. We directed Moses by inspiration, when his (thirsty) people asked him for water: “Strike the rock with thy staff”: out of it there gushed forth twelve springs: each group knew its own place for water. We gave them the shade of clouds, and sent down to them manna and quails (saying): “Eat of the good things We have provided for you”: (but they rebelled): to Us they did no harm, but they harmed their own souls. (Quran 7:160)

They lost their honour when they became divided.

It is not (possible) that a man (Jesus) to whom is given the Book, and Wisdom, and the prophetic, office should say to people: “Be ye my worshippers rather than Allah’s; on the contrary (he would say): “Be ye worshippers of Him (Who is truly the Cherisher of all) for ye have taught the Book and ye have studied it earnestly.” (Quran 3:79)

So it contains the phrase:

“Wa (lakin) qoo nu Rabbaniyyin,” means, “Oh My servants, be amongst those who are Mine, who belong to Me, and Me alone.” That is the aim of religion – to be His! When asked, you must say, “I am trying to be My Lord’s, I am trying to be a Rabbani.” That is the highest honour for Mankind, and such an intention removes hypocrisy from the heart. 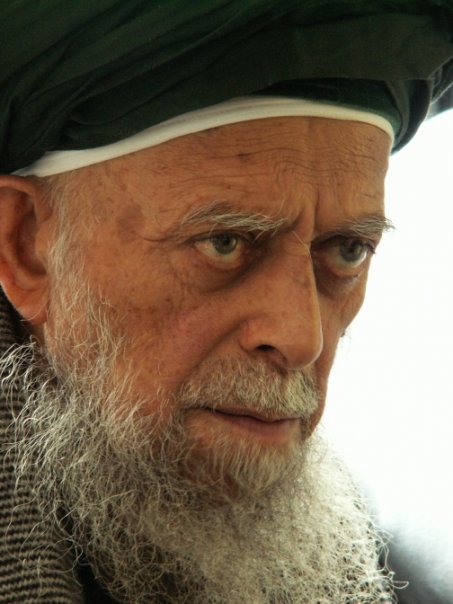 This final Suhbah, contains Key points that Summarizes the entire Series, so we shall go through this Suhbah in great detail. We apologise for the length of the Commentary, you may want to come back to read at another time if you are busy now.

“O my son!” (said Luqman) “If there be (but) the weight of a mustard-seed and it were (hidden) in a rock, or (anywhere) in the heavens or on earth, Allah will bring it forth: for Allah understands the finer mysteries, (and) is well-acquainted (with them). (Quran 31:16)

How the Muslims became divided

Why no more Sufi, Tariqah, Naqshbandi etc? Why???

This day have I perfected your religion for you, completed my favour upon you, and have chosen for you Islam as your religion. (Quran 5:3)

Allah chose Islam – the perfect religion, as his favour upon us. Not Sufism, Tariqah, Wahhabism, Salafism etc. But Islam. That single word encompasses all the beauty and perfection of a true journey (Tariqah) to purity (Sufi), until one becomes a servant (‘abdullah), and is raised to the Divine Presence (Rabbani). There is no need for any other word to describe it, for Allah has called it Islam in the Holy Book, the perfected religion.

Where do Rabbanis go in the hereafter?

{There is a lot more mentioned by Maulana Shaykh Adnan, perhaps in future discussions, we can elaborate, as this Commentary is already running very long.}

When you were propagating it with your tongues, and uttering with your mouths that which you had no knowledge of, you counted it a little thing, while with Allâh it was a very great thing. (Quran 24:15)

Read what Maulana says at the start of this Suhbah – every atom of your deeds will be presented to you, weighed and repaid in full. Remember, He says.

Then, on that Day, not a soul will be wronged in the least, and ye shall but be repaid for all your past Deeds. (Quran 36:54)

The ultimate aim of religion is good conduct, so maintain adab, even when faced with unpleasant confrontations. There are polite ways in which we can agree, to disagree, without the need to lose our adab, and to descend into un-Islamic behaviour.

This Suhbah can be watched only at www.Saltanat.org, choose from the menu on the right, ‘Sohbat 20. Oct 2010′. There is a CC button next to the Volume control at the bottom of the screen to choose choose subtitles in eight languages, choose from Arabic, Bahasa Indonesia/Melayu, German, English, Spanish, Italian, Russian and Turkish. During Live Suhbahs, the buttons at the top provide Live Audio Translations into other languages. Should the video no longer be there, please look for it under the video archives of the Saltanat TV site. Saltanat TV is the Official Site of Maulana Shaykh Nazim that is sanctioned and approved by him personally.

Do register as a member of this site, so that we can update you by email, each time there is a new Post. You may also follow us on Twitter, we are SufiHub. Feel free to re-post the Suhbahs anywhere you like. However, please acknowledge the source of this Suhbah as recent.sufihub.com, so that readers may also browse other Summaries here. Posts must be reproduced in full and they are not to be used for any Commercial purposes and not to be published without consent from SufiHub.