(The Holy Prophet (saw) said: “Whoever reads Surah al-Kahf on the day of Jumu’ah, a light will shine for him from beneath his feet to the clouds of the sky, which will shine for him on the Day of Resurrection, and he will be forgiven (his sins) between the two Fridays.” On this particular Friday, Maulana was listening to Hafeez Imam Abdur Rahman’s recitation of this Surah, when a story mentioned in the Surah brought an important inspiration to his heart.)

His believing neighbour said, “MasyaAllah, la quwwata illa billah,” which means, “Allah’s Will (be done)! There is no power but with Allah!”

Set forth to them the parable of two men: for one of them We provided two gardens of grapevines and surrounded them with date-palms: in between the two We placed corn-fields. (32) Each of those gardens brought forth its produce, and failed not in the least therein: in the midst of them We caused a river to flow. (33) (Abundant) was the produce this man had: he said to his companion, in the course of a mutual argument: “More wealth have I than you, and more honour and power in (my following of) men.” (34) He went into his garden in a state (of mind) unjust to his soul: He said “I deem not that this will ever perish. (35) “Nor do I deem that the Hour (of Judgment) will (ever) come: even if I am brought back to my Lord I shall surely find (there) something better in exchange.” (36) His companion said to him, in the course of the argument with him: “Dost thou deny Him Who created thee out of dust then out of a sperm-drop, then fashioned thee into a man? (37) “But (I think) for my part that he is Allah, my Lord, and none shall I associate with my Lord. (38) “Why didst thou not, as thou wentest into thy garden, say: `Allah’s Will (be done)! There is no power but with Allah!‘ If thou dost see me less than thee in wealth and sons (39) “It may be that my Lord will give me something better than thy garden, and that He will send on thy garden thunderbolts (by way of reckoning) from heaven, making it (but) slippery sand! (40) “Or the water of the garden will run off underground so that thou wilt never be able to find it.” (41) So his fruits (and enjoyment) were encompassed (with ruin), and he remained twisting and turning his hands over what he had spent on his property, which had (now) tumbled to pieces to its very foundations, and he could only say “Woe is me! would I had never ascribed partners to my Lord and Cherisher!” (42) Nor had he numbers to help him against Allah, nor was he able to deliver himself. (43) There, the (only) protection comes from Allah, the True One. He is the Best to reward and the Best to give success. (44) (Quran 18:32-44)

Hence, every matter pertaining to our lives, whether they be solutions to our problems, or cures for our illnesses, lie within the guidance of the Holy Book. “How astonishing!” remarked Maulana. 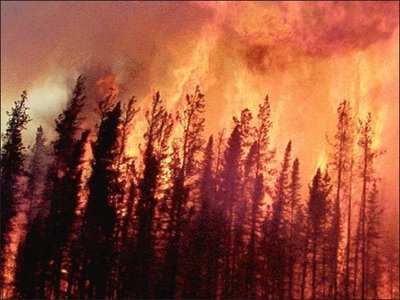 Now hath come unto you an messenger from amongst yourselves: it grieves him that ye should perish: ardently anxious is he over you: to the Believers is he most kind and merciful. (128) But if they turn away, Say : “Allah sufficeth me: There is not god but He: On Him is my trust – He the Lord of the Throne (of Glory) Supreme! (129) (Quran 9:128-129)

A Hadees teaches us that one must “die, before you die,” which means that our Will must cease to exist, and our Heart must be happy to exist under His Will, His Decree and His Command. But our Shuyukh says that submitting like a dead body in the hands of the embalmer is still not true submission, for although the corpse allows itself to be washed, dressed and buried, it is still complaining within itself, in its heart, should it be handled roughly, or washed with cold water or inflicted with pain.

True submission, according to Tariqah, is to be like a dead leaf floating in a river, ‘going with the flow’ literally. True submission is not just conforming externally, but more importantly, in the deepest, hidden recesses of your heart, you are contented with His Will – there is no resistance, no complaint, no unhappiness, no questioning, no grumbling.” You are at peace with the hand that fate deals you, you accept whole-heartedly the sixth tenet of faith, that good and bad comes from Allah Almighty – it is only then that the raindrop merges with the Ocean, as taught by Maulana in an earlier Suhbah.

The believer in the story in Surah Al Kahf, despite being poorer, having less sons, and being mocked at by his condescending neighbour, still felt happy and contented with Allah’s Decree, and he submitted wholly to His Will without irritation, he accepted the inferior and lowly position he had been placed in by His Lord, with full trust in His Plan, having no suspicions or ill-feelings hidden in his heart, towards his Lord. Hence he said, ‘MasyaAllah’, meaning, “I am happy to be in the situation that He has Willed (fated/decreed/set) me to be in.” And it was in that pillar of servanthood -submission – that he found safety.

Be sure We shall test you with something of fear and hunger, some loss in goods, lives and the fruits (of your toil), but give glad tidings to those who patiently persevere, who say, when afflicted with calamity: “To Allah we belong and to Him is our return.” (Quran 2:155-156)