A single lighted candle, can light a thousand other candles

A single lighted candle, can light a thousand other candles

“ Behold thy Lord said to the angels: “I will create a vicegerent on Earth.”” (Quran 2:30) 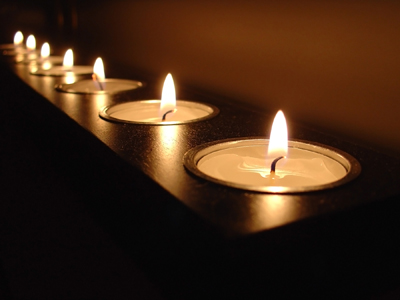 In summary, this suhbah teaches us to seek out those with lighted candles amongst us, and to look beyond the external as a measure of someone’s piety. Instead of seeking praise by putting on magnificent clothing for our exteriors, we are to strive for spiritual honor by cleansing and beautifying our hearts, so as to acquire Heavenly Dressings of light – perhaps we may become a candle that may also enlighten others.

At the end of the suhbah, Mawlana invited world leaders of all religions to visit him to celebrate his 88th birthday, and that he would extend his respect and honor to all those who came, regardless of their religion, as the Prophet (saw) had said, “Honor those who are honored by their own people.” Just as Jesus (as) treated his Companions to a heavenly spread, Mawlana would also treat his guests to such a feast.